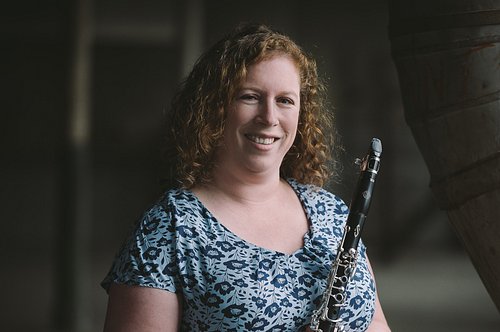 Juliet has worked with orchestras including the Hallé Orchestra, Royal Northern Sinfonia, Opera North, National Concert Orchestra and British Philharmonic Concert Orchestra playing clarinet, Eb and bass clarinets, and alto saxophone.  She spent four years as the clarinet, tenor saxophone and flute player for the Thursford Christmas Spectacular with whom she made several TV broadcasts including for BBC Songs of Praise.  She has also performed as a deputy for UK tours including South Pacific, Wicked, The King and I, and Bedknobs and Broomsticks and in Sondheim’s Merrily We Roll Along for Theatre Clwyd.  She has recently performed the Weber Concertino with Hitchin Concert Band's clarinet section.

Juliet has performed as a member of the Ebonites, a clarinet choir made up of Manchester based freelance clarinettists and the Arundo Trio (oboe, clarinet and bassoon) and is currently the leader of the British Clarinet Ensemble.

Juliet is passionate about education work and has been a tutor on the Harrogate Clarinet Summer School since its first year.  Her teaching work includes working at schools in the North West, as well as a number of private students, both in person and remotely. Several of her students have gone on to gain places at the junior department of the RNCM, various universities and the National Youth Wind Orchestra.  She has also delivered various workshops for adults with learning difficulties and for nursery children.

She was previously the Musical Director for the Special Virtuosi Orchestra, made up of children and young people with special needs and currently runs the Windstruments Clarinet Choir.

Juliet studied clarinet at the Royal Northern College of Music with Nicholas Cox, Linda Merrick and Colin Pownall (bass clarinet).  She was awarded a Major Entrance Award from the RNCM to continue her studies and graduated with a Master of Music in 2006.  As a student, Juliet was the leader of the National Youth Wind Orchestra for 2 years, playing in concerts around the UK and in Ireland, having been a member for several years previously.